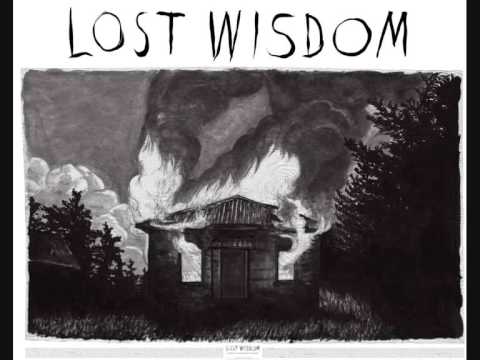 Our family has one norm that we strive to keep every night, family devotion. Of course, sometimes (most times like most families) we pretend to be all sleepy so that the devotion ends quickly. So the other day, July 13 was no different as my mother led the devotion.However, one quote from the daily bread that she was reading, titalled me, it read, “Knowledge grows but wisdom lingers.”

So what really is wisdom?

No, I will not barrage you with dictionary definitions flooded with a cacophony of words. In fact, it would beat the logic as to why am piecing down this article today.

So let’s try to understand it with a few examples; ( or rather what is not wisdom).

Have you heard that as of today 60 Kenyan schools have gone down ablaze with fire? Am sure you have, yes? So where have we gone wrong as a nation, where did the kids lose it?

How do they sit down at night and plan to be precarious arsonists, strategically craft the plan and the next day raze the school down? No that is not even my point, how do they raze their school down after the cabinet secretary of education has graced a session in the school? What do they try to demonstrate; forte?  Strength? Ego? Really, I do not get it.

I suppose I need not talk about our prestigious universities rioting day by day.Do I?

The other day, I sat down to read an annotation to a post on social media. It was a show that is modeled around taking the new age gospel to young stars in schools. At times they go along with an alumnus of the school hoping that they would render a motivational talk that would inspire the students. On this particular Sunday, they brought along, a famed successful entrepreneur, and that session was the dullest. The students kept on wondering when the session will end so that they can get down to an earth-shattering jig. I tell you when the music hit the ground down running, you should have seen them dance themselves out bananas as they twerked their tail feathers dry.( Before you get me wrong, I am not against music or even dancing, in fact, I think is the closest way we can get to raise a generation of Christians in this new age.) But where did we lose it, that students can’t listen to good old wisdom being passed down?

I will tell you what is going on,

I would have written religion instead, but I am a Christian and it would be wrong writing of what I know not.

In the 21st Century, the internet is becoming fast.It is easier to read about cosmology, theology, science, evolution, relativity, doctrine, spirituality, mysticism…you name it. Every basic information is a click away and at your fingertips in a second.

But as we zoom into this information age, I feel that we have traded wisdom for knowledge. We know too much but practice too less. We question too much but listen too less. We have an endless hypothesis to what is true or false about Jesus and God and his existence. We build doubt day by day. We lose perspective of who we are, we forget who gave us life, we forget who in his grace gave us hands, legs and eyes…need I mention more? Success has become a glorification of our strengths, our innate abilities, our hard work and less about God…this same God we pray to before an exam, every time before we pitch that business idea, every time the driver veers off that road and we think we will die.

Friends, we can go deeper into this but know that a glut of data and visual experiences doesn’t guarantee an increase in wisdom.

But wait, even those of us who profess to be saved and anointed by the oil, baptized by fire and sanctified by the power of the Holy Spirit…Is it not today, that we were gossiping that workmate who is so ugly that she has no eyebrows? Is it not yesterday that we were complaining about that Boss who is so frustrating, whereas it is us who didn’t finish that work well? Wait, I am quite sure I saw you in church last Sunday leading us in worship…yes, you who is taking that bribe in that office.

Where is the wisdom that we have lost in knowledge?

After form four, I took time to volunteer as a teaching assistant at a school in one of the biggest slums in Kenya. A week ago, a teacher requested me to teach a topic in class 8 on her behalf.The topic was Political Developments in Kenya since 1963, I gladly obliged to help. The students were rather bored as it was in the afternoon and some slept away into the lessons as I went on about my endless stories about Kenya being a de jure, a de facto and about the fight towards multiparty democracy.Friends, I tell you,* wacha nifike Government ya nusu mkate* in 2008, then I knew I know no politics.

Suddenly, the class was enthusiastic grew fervent, I was bombarded with questions, one side of the class wanted to know who deserved more power than who in the coalition government, another side shushed the others questions dubbing them political whims, others told the rest how their tribesmen don’t think and how their tribe is the strongest.

Outright tribalism had been displayed right there in front of me. Then I started thinking, in 2007 I was in class 4, so these kids were still breastfeeding or thereabouts, right? So who brainwashed these kids? They clearly did not know of the state of the country during the post-election violence.They seriously did not see a thousand or so people lost their lives, they did not know that hundreds were displaced from their homes, they did not see the grotesque sights of fire all over.They did not have a feel of fuel prices going up, food is scarce and the cost of rebuilding our economy.

So who told them that one tribe is more foolish than the other.Who told them? Is it not us? By the daily discussions, we have in our houses.Isn’t it us who stereotype tribes, isn’t it us who write hurtful and thoughtless comments on social media, perpetrating tribalism?

Did I mention this was in the slums? These are kids who sleep having eaten one meal a day…with barely a nice pair of shoes..but they know the complexities of politics with ignorance but do not have a grasp of the truth of the wisdom which really matters…

The wisdom we did not teach them.